Philadelphia in the 1980s was a city desperate for, yet stubbornly resistant to, change. The election of W. Wilson Goode, Philadelphia’s first African American mayor, had failed to bring the kind of sweeping reforms in which many in the city had hoped. By 1991, Philadelphia had struggled with two decades of job loss, population decline, and growing demand for public services.

This was all happening in the middle of the HIV/AIDS epidemic, which had began exactly a decade prior, in 1981. The epidemic was recognized nationally in Los Angeles, San Francisco, and New York City, but had also taken a significant toll on Philadelphia.

By 1991, it was clear that Philadelphia’s HIV epidemic wasn’t driven by sexual activity, but injected drug use. There was a simple, humane, and economical solution to preventing new HIV infections: ensure that everyone who uses a needle/syringe uses a clean one. This requires the well-organized, mass distribution of clean syringes to anyone who uses them, including people who use illegal drugs.

Yet despite it’s popular success within the scientific and medical communities, syringe exchange remained controversial, and in some places, including Pennsylvania, illegal. In Pennsylvania, possessing a syringe without a doctor’s prescription is punishable by up to a year in prison. This effectively outlaws syringe exchange programs, and in 1991 the state appeared unwilling to bend the rules in the name of public health.

In November 1991, frustrated by the inaction and indifference from Harrisburg and City Hall, ACT UP activists lead by Scott Tucker publicly announced that they would break state law to hand out free, clean syringes on the streets of Philadelphia. They called their movement Prevention Point Philadelphia. The state and the Philadelphia Police Department looked poised to disrupt the exchange. Governor Casey explicitly opposed Prevention Point, and mayor-elect Rendell was still on the fence, but they had won the support of some notable politicians.

Councilman Angel L. Ortiz and State Senator Babbette Josephs publicly endorsed Prevention Point Philadelphia. Outgoing Mayor W. Wilson Goode also wrote to Scott Tucker to express, “my wholehearted support for the establishment of a needle exchange program in Philadelphia. It is essential that all programs known to be successful be implemented in order to slow the spread of the HIV virus.”

A month later the group rallied at City Hall to once again bring attention to their cause. This time they were joined by Health Commissioner Barry Savitz who endorsed Prevention Point Philadelphia to a cheering crowd. In his speech, Savitz answered critics who contended that syringe exchange would only serve to encourage drugs use: “Needle exchange has been shown, for many people, to serve as a bridge to treatment – a regular, supportive contact through which addicted citizens may be provided the opportunity to access treatment and get off drugs.” Pressure was mounting for the city to take action, but Mayor Goode and Health Commissioner Savitz only had another month in office. The future of syringe exchange in the city would rest with the next administration.

Mayor Ed Rendell took office on January 6, 1992, and although still refused to make a decision on a city syringe exchange program he appointed Health Commissioner Robert K. Ross, MD, who promptly endorsed Prevention Point Philadelphia, saying, “I see the clean needle exchange as a way to make sure we’re out in front on this epidemic, because it is raging out of control.” In June, the city’s Board of Health and Philadelphia Inquirer‘s Editorial Board both endorsed a city-wide syringe exchange program.

I see the clean needle exchange as a way to make sure we’re out in front on this epidemic, because it is raging out of control.Robert Ross, MD, Philadelphia Health Commissioner, 1992

After allowing the illegal syringe exchange to operate without interference for nine months, Mayor Rendell issued Executive Order 4-92 which formally legalized Prevention Point Philadelphia on July 27, 1991. It was a monumental achievement for activists, and meant the program could finally receive financial backing from the city; however, the mayor’s executive order was immediately followed by censure from the state.

The state government condemned the executive order calling it a, “violation of the Controlled Substance, Drug Device and Cosmetic Act.” Harrisburg had been silent when the exchange operated on it’s own, but now with the city’s support, the state was threatening to arrest anyone involved with the program. The city reiterated it’s support for the program, and Mayor Rendell even vowed to be “the first in line” to be arrested.

Saturday, August 1, 1991, was the first day that Philadelphia’s syringe exchange operated legally under city law. It was also a tense morning as journalists and city officials waited for state police to arrive and shutdown the exchange. The threats never materialized. The Inquirer reported that Prevention Point was busy, with 900 needles exchanged, and, “the only objector in sight was a grizzled old man in a wheelchair.”

In less than a year a small group of ACT UP activists had secured the unflinching support of two sitting mayors, two health commissioners, the largest local daily paper, and dozens of other public officials. They had convinced a tough Police Commissioner and District Attorney to accept their illegal activity, and didn’t blink when the state threatened to arrest them all.

In 1991, injection drug use accounted for a third of new HIV infections in Philadelphia. By 2014, it accounted for just 5.4% of new cases in the city. That’s an extraordinary achievement in public health, and it wouldn’t have been possible without people willing to confront and defy the law.

Prevention Point Philadelphia is still the only syringe exchange program in the city. 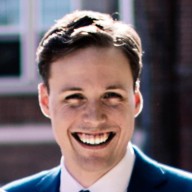